The two-line poems reveal much about the usually hidden inner lives of Afghan women. They are often anonymous and are sung aloud, mostly by illiterate people, often to the beat of a hand drum. 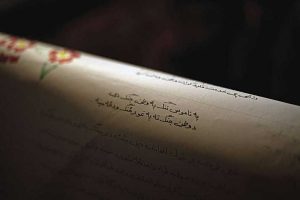 Landays began among nomads and farmers. They were shared around a fire, sung after a day in the fields or at a wedding. More than three decades of war has diluted a culture, as well as displaced millions of people who can’t return safely to their villages. Conflict has also contributed to globalization. Now, they also reflect a country at war and people share landays virtually via the internet, Facebook, text messages, and the radio.